Landgrabs- where roots and rights count for nothing

Ramona’s tiny Chucks pound the same streets my own small feet did. She squeals on the same squeaky swings. Chases the children of the squirrels I chased.  Somehow, despite living in  five different towns and two different continents in the 17 years since I left here, we are back at the place of my childhood and my daughter is growing up in my old neighbourhood.

It has always drawn on me, South London, always felt like the place I’d call home the most.  Despite having a nomadic and flighty upbringing, this is the land where my roots have dug the deepest.

My husband lived in the same house for most of his life. And they reckon most English people live within 5 miles of their birth place, which is baffling to me. And then there are communities who have lived and tilled the same land for generations and generations. Imagine their roots. Wily, strong and ancient.

I went to the breathtakingly beautiful country of Cambodia a few years ago with Oxfam, to hear the stories of people in communities they work with.  The people in the villages we visited were doing incredible, transformative stuff. Tapping into age-old farming techniques to protect themselves against a future littered with weather-related disasters and learning new ways to regenerate their land. Yet almost every single community were fighting a nightly battle with the tractors of corporations who would come in by stealth, move the fence posts, clear a space and claim it as their own. Every village had a team on nightwatch, patrolling the boundaries yet still they were all watching their land decrease in size knowing their chances of fighting it were slim. And they were the lucky ones- losing their land metre by metre instead of in one violent snatch.

Some of the heroic womenI met, transforming- and fighting for – their land

Even since I visited Cambodia three years ago an area half the size of Wales has been transferred from village farmers to corporations, more often than not in the form of “landgrabs” – villagers evicted without warning or compensation and with no recourse to action. It is heartwrenching imagining  some of the families I met, who were so stoically fighting a changing climate and invasive poverty now left with no land and no rights at all. Grandparents who were born there and who still worked the land, hand in hand with their grandchildren who were born there, forced off by men in hard hats and high vis jackets.

This battle for land is going on all over the world; roots and rights mean nothing in the face of The Paperwork. The almost bigger injustice is that the land once used for hunger-busting crops is often left derelict- to grow in value, or used for bio-fuels to feed the wealth of rich nations.

However, this injustice is preventable. In fact, already landgrabs campaigners have taken the New Forest Company to task on the eviction of 25,000 people in Uganda. Oxfam is harnessing it’s knowledge of the World Bank to call for a freeze on all dodgy land deals while the whole business gets sorted out.  This tiny video explains just how the “Power of We” could change things…

Can you spare two minutes to add your voice to the symphony of others, calling for justice?

I don’t know what it would be like for us to be chased out of our home, this grotty concrete paradise of Camberwell that I love. To be uprooted, even without generations of sweat poured into it, or a livelihood that depends on it. To be made homeless overnight, left with only the things we could carry.

I only know that I am on the side of the heroes who belong to their land, the ones who have built their lives around it and who use it to feed their families and provide for the future. And I want to join them to fight the big buisness villains who seek to evict them. And thankfully history tells us that together we have an excellent chance of winning this battle. 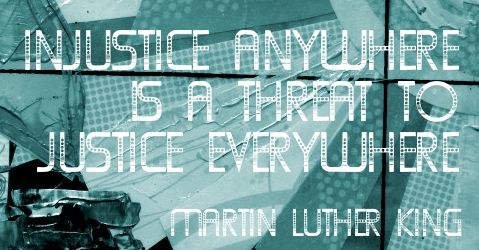 It is Blog Action Day 2012 and thousands of bloggers are writing along the topic of “The Power of We” – have a read and even join in.