Dominoes Fridge Magnets – the quickest, most fun craft ever

Van Morrison sings a song, Domino, that is BURSTING with memories for me. It is the opening track of “His band and the Street Choir” and was played on almost every family gadabout in my childhood, all of us bundled up in our VW camper, rumbling along from South London to Eastern Europe.

It has been soaring through my mind for the last week- since scoring two sets of Dominoes from that epic car boot fair. One for 10p and one for 50p. I thought one of the sets would be ideal for crafting so got to thinking what they might be good for. I had a few ideas, but settled on some nice traditional Fridge Magnets. 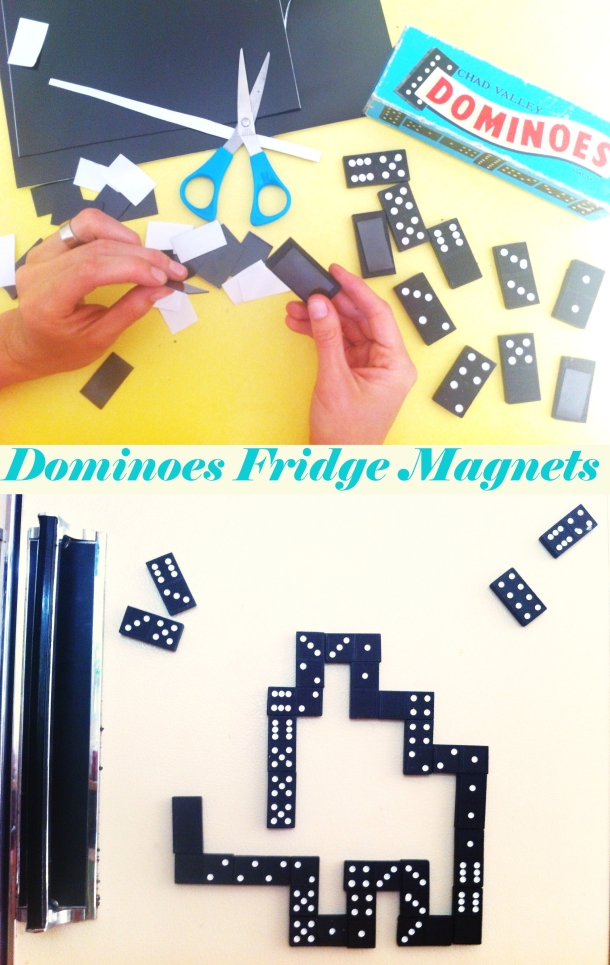 I have sheets of magnets I bought online for £2.50 a sheet. They aren’t the strongest BUT they are so slimline and it is fab to be able to cut them perfectly to shape. I use about 1/4 of the sheet so 50p plus the 10p for the dominoes brings this revitalised game up to a grand 60p expenditure. 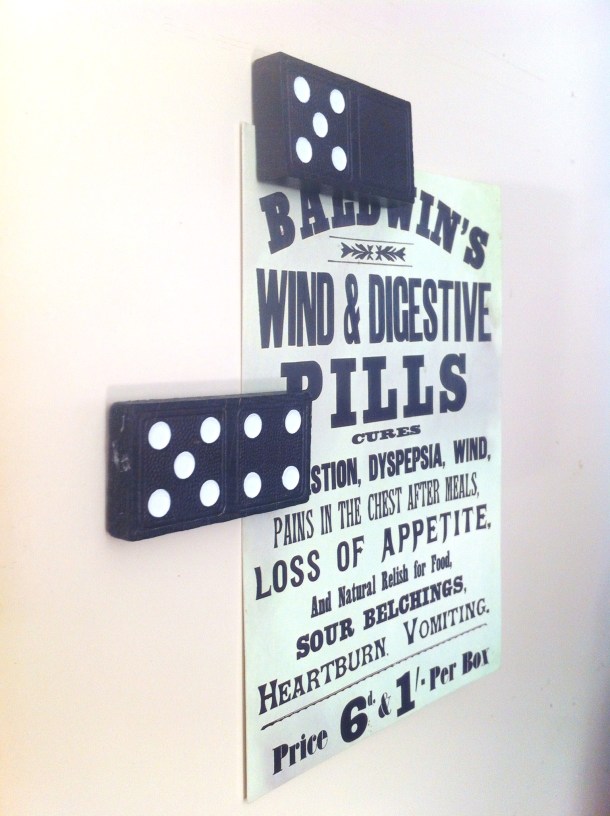 I did it primarily for the asthetics and was pretty happy with the result, but not completely over the moon or anything. Then our 5 year old nephew came over that day and played over ten joyous games  of Dominoes with Tim. He had never played before but he just loved the simplicity of it, and there is something cool about playing a game with on a fridge. And now I am sold on the idea and think a fridge basically looks bereft without a whole set of Dominoes on it. 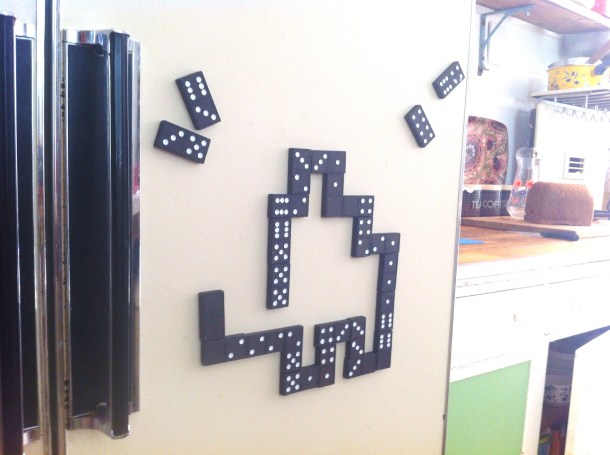 Like VHS’s and Barbies, Dominoes is one of those things that are part of the furniture of charity shops and car boots, so don’t pass them by another time. What a thrifty fun gift this would make, eh?

What d’ya reckon? Have you crafted anything with Dominoes? Want to get a song stuck in your head that respectfully honours this sunny summer we are experiencing? Here is Van with Domino live, with all the glories of the Seventies right there…